Back in the day. These were all done as interstitials that we would play in the club on the screen that was embedded. We were ahead of our time back then because we were doing video presentations in a live show. That was Hinterland Who’s Who, which is a Canadian thing,

I don’t think they do those anymore, but there used to be these public service announcements that were played a lot on the CBC and it would be The Loon and there would be The Beaver.

All we did was a parody of that particular segment with our poor video production quality, but funny, very funny. 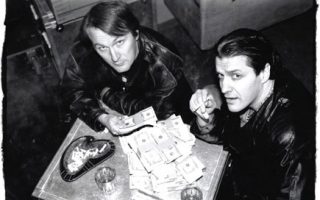