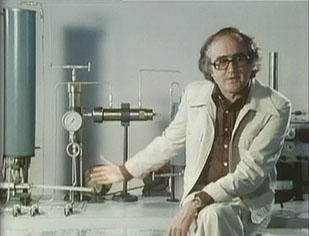 One of my favourite television series of all time was James Burke’s Connections. To quote the Wikipedia page – “It took an interdisciplinary approach to the history of science and invention, and demonstrated how various discoveries, scientific achievements, and historical world events were built from one another successively in an interconnected way to bring about particular aspects of modern technology.”

A little dense, I know – but the basic premise was things like – “How did Napoleon’s need to move large armies around Europe end up putting a man in space?” or “What role did the battle of Hastings in 1066 play in the development of the Nuclear bomb?” In this series Burke showed how apparently disparate occurrences and events long ago end up being connected and produced surprising or unexpected results.

My move to North Bay necessitated the closing up of a storage space that held over 45 years of notes, books, tapes of various formats and a lot of accounting nonsense. I threw out hundreds of boxes containing master tapes of hundreds of corporate videos and a lot of broadcast stuff in formats I didn’t think would be readable. I did keep about 25 boxes and have been getting them converted to see what was there. Admittedly there’s an awful lot there, and a lot of it is awful. Some of the early stuff in the 80’s is, well brutal – but it’s been interesting for me to see the progression not only of the creative and the production values but of the technology we were using back then. So this website is an attempt to show my history in the entertainment and film/television business in a non-linear, story based way  – warts and all.

As I’ve been gathering the assets together for this website project, I’ve begun to see how things I was involved with in 1980 are somehow connected to 2018 (Disco Canuck). Or how a comedy/rock show in the theatre of the National Arts Centre in 1985 ended up with a parody soundtrack to Landfill the Musical in 1993. Or how an introduction to Crystal Beshara at a dinner party in 2005 helped in the creation of a children’s book (Flight of the Bumble Bee) and that Crystal later provided all the artwork in 4 seasons of Hard Rock Medical. In Umberto Eco’s The Name of the Rose – a character says “Books Speak of other books” – what I’m discovering is that projects speak of other projects and that almost all of them have a story and a connection between them.