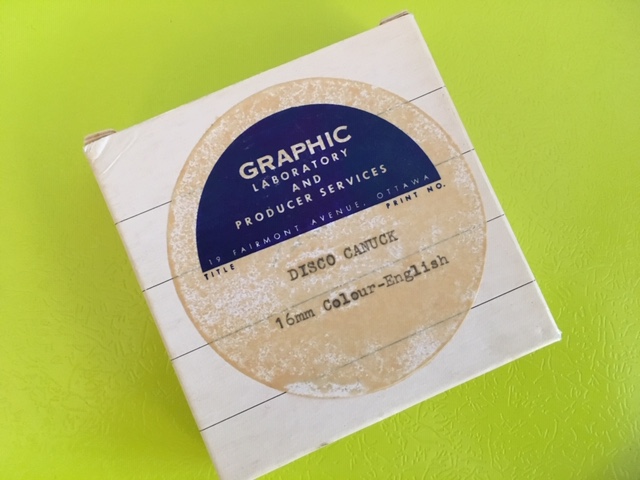 In the bottom of one the bankers boxes labelled “misc” I found this small reel of 16mm film. 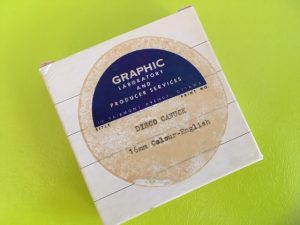 Disco Canuck was the very first visual project I was ever involved with. And other than being in the production I don’t remember the role I played. I believe it was written by John Handforth and Eric Bray. The performers were John, Rick Jones, Ken Ross, John Tarzwell, Lisa McLellan and myself. It was shot and edited on a Steinbeck by Ross Monteith. Being that it was on 16mm I haven’t seen it in over 35 years. When I got it transferred to digital I discovered that there was a link to North Bay. Clearly I was destined to come here…eventually.