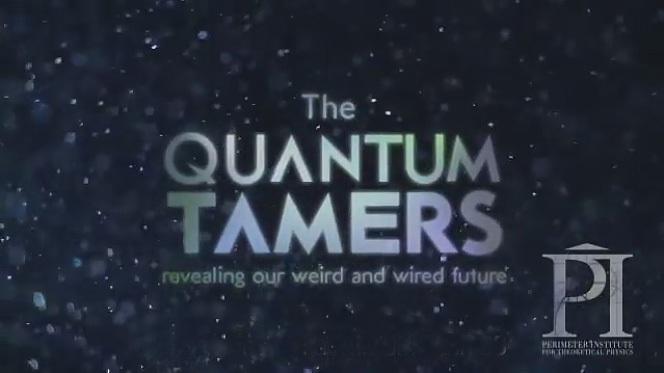 From deep inside the sewers of Vienna, site of groundbreaking quantum teleportation experiments, to cutting-edge quantum computing labs, to voyages into the minds of the worlds brightest thinkers, including renowned British scientist Stephen Hawking, The Quantum Tamers: Revealing Our Weird and Wired Future is a television documentary that explores the coming quantum technological revolution. Winner of Prix Audace Award Winner of the Pariscience International Science Film Festival.

The Quantum Tamers premiered at the Quantum to Cosmos Festival and airs on TVO. Internationally, the documentary was chosen as “MIP Pick” at RealScreen in Washington, 2009, and was subsequently released to broadcasters at MIPCOM in Cannes, France. The Quantum Tamers is set to air in Denmark, Italy, the Middle East, North Africa, Poland, Portugal, Spain and Sweden with many other areas to come. Interested broadcasters should contact the distribution firm of Electric Sky for a screener.   For teachers, schools, libraries and other education-related groups, the program is available in DVD format via Films Media Group. The Quantum Tamers is a co-production of Canada’s Perimeter Institute and Title Entertainment.