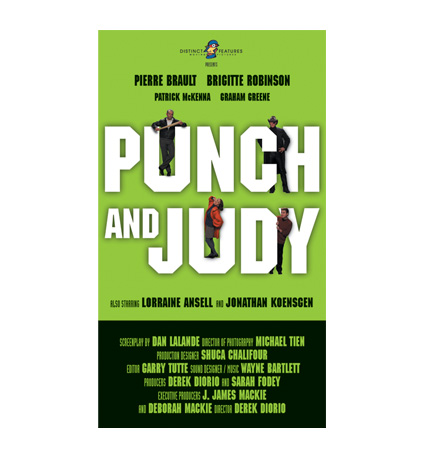 In the seedy world of Rock bars and booze cans Punch (nicknamed Atlas because of his Greek descent) is known as a pint-sized bouncer with a big reputation. To Judy, who’s notorious for misreading people, he’s a Turkish musician with the gentle demeanor of a teddy bear. Add a philandering professor, a jailed philosophizing bar owner, a minister that can read the scriptures like Marilyn Monroe and you have Punch and Judy, a tale of love and misunderstanding. Starring Pierre Brault and Brigitte Robinson as well as versatile actor Pat McKenna (Traders, Red Green Show), and acclaimed actor Graham Greene (Dances With Wolves, Thunderheart). Screened at the World of Comedy International Film Festival 2003 in Toronto as the premiere gala feature.