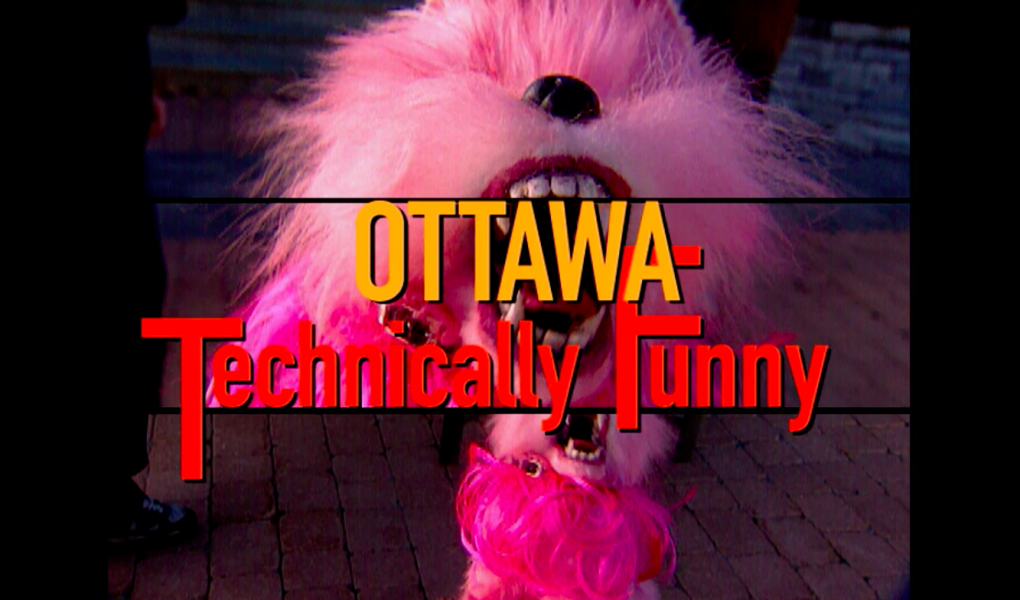 Ottawa Technically was a rare opportunity to do a comedy show just about Ottawa – and not the political side of Ottawa. These shows were the culmination of close to 20 years of working and entertaining in Ottawa. They had a ridiculous budget of $15K per episodes. They were entirely written by Dan Lalande and Rick Kaulbars. Each show seems to have about 100 gags in it and we shot six shows in about 15 days if memory serves. Ultimately this has been my strength and my weakness – I can make a show out anything with no budget at all. But if you look at Hard Rock Medical – every one of these low-budget shows I did helped make HRM the show it was because I learned how cut corners (in a good way), write within a budget, and get things made.

Often a pun or more specifically a turn of phrase can inspire a parody or a sketch idea. Such was the case of Sex with Serge. At the time Sue Johanson had a very successful and well known TV show on WTN, Sex with Sue, which had evolved out of community television in Toronto. Replacing Sue with Serge was all Rick Kaulbars and Dan Lalande needed to mine the rich and easy lowbrow humour that became Sex with Serge.

A side note here – in 2002 City TV (CHUM at the time) who owned The NewRO where OTF aired – asked me to do an intervention in support of their licence renewal at the CRTC. I was one of the few people asked to give a live intervention in front of the commission. When my time came I went up to the table and read my prepared statement. After I’d finished I was preparing to leave when one of the commissioner’s – I believe his name was Andrew Cardozo, – said “Do I have the pleasure of speaking to Serge of Sex with Serge?” I replied in Serge patois “You do sir. What can I do for you go ahead I’m listening. The room erupted with laughter and the commissioner explained that he was a fan of the show, which was a pretty remarkable thing at the time – that a commissioner of the CRTC was actually watching local Ottawa programming. The people from CHUM were pretty blown away and I was told by the president of CHUM afterwards that “we’re going to lot’s of great things with you”. Eighteen years later I’m still waiting for that call – maybe they’ve been busy.