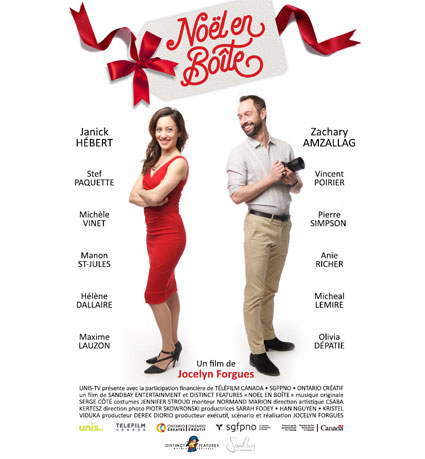 I was but one of four Executive Producers/Producers on this Franco-Ontarian, Jocelyn Forgues project which include Sarah Fodey, Han Nguyen and Kristel Viduka. My end of the producing on this project has been to bring the Northern component to play. Shot in Mattawa, Powassan and North Bay. It had a Northern Cinematographer, Art Director, Editor and over 25 Northern actors. To whit, the Post-production was entirely Northern.