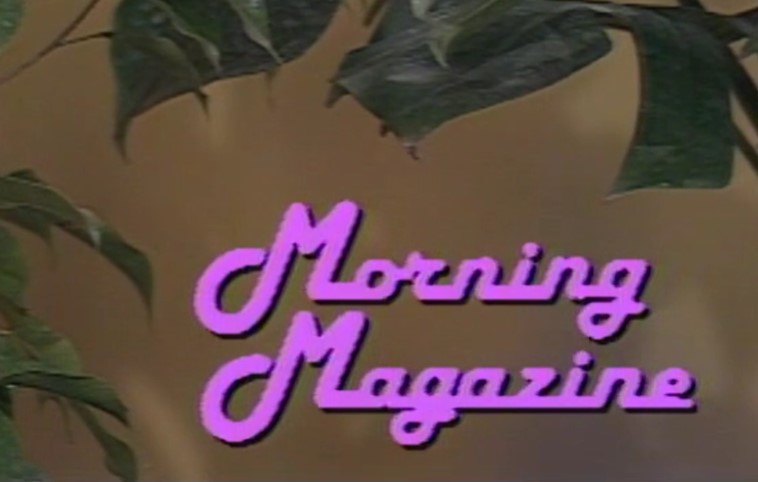 Morning Magazine is a collection of interview-style sketches which were performed by the Comedy Troupe “Sparkling Rubber Rabbit Reviews” on the show CTV show of the same name – Morning Magazine.

So, for context – we were a comedy troupe – I think at the time, in that particular iteration we were called “sparkling rubber rabbit reviews.”

It was the 80s and we were in Ottawa, so at the time opportunities to actually do television stuff were
actually way more abundant than they are today (because every Station across Canada that was on the CTV network was actually an independent station) and the one in Ottawa had its own programming.

So before it was owned by CTV or Bell Media, It was actually owned by a local Communications Company, and that station at the time was doing a lot of programming that was sold to either the major networks or programming in the states.

So they used to have a show called morning magazine. The host at that time was a gentleman named Bill Luxton, who was like a fixture at CJOH in Ottawa, and they had brought on Margaret Trudeau who at the time had left her relationship with Pierre Trudeau, and it was getting a career in media.

So there was like a magazine show that was done every morning of the week and they would have guests on – somebody doing hair coloring styling whatever it was – just a bunch of stuff – and it was in a magazine format.

So I went in and pitched the station on doing comedy bits inside of the show – and they bought it.

So at the time, we would get, I don’t know 100 bucks to do these performances. The truth is we weren’t ready for that kind of stuff. We hadn’t evolved as performers. We hadn’t done enough stage stuff, but we thought we were funny and we could do these things.

So we came up with these simple to shoot two-hander interviews with different characters, which we did on a regular basis. They let us do it for like almost 10 weeks – and you know to be fair most of it is pretty God awful.

The only person who was really, really good at that time was Rick Jones. He was always the guy who was way ahead of everybody – talented voice-wise, a great actor, very funny, and we were kind of riding Rick’s coattails really. I don’t think everybody would agree with me on that who was in the troupe but I think that’s my truth.