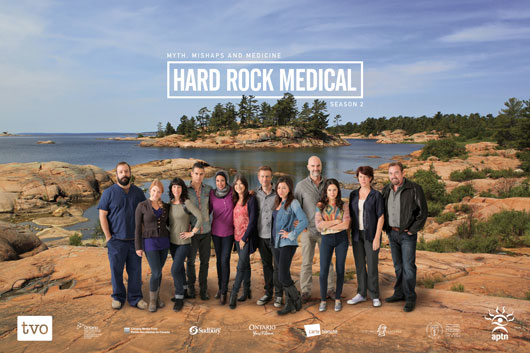 One of the great revelations of Season 1 of Hard Rock Medical was the music. Specifically the recorded tracks of Northern artists. Nancy Chapelle who was then the Programming head of TVO thought the tracks we used were outstanding and asked that we do something special in season 2 to highlight the recording artists involved. I came up with the concept of a series of mini docs – The Music of Hard Rock Medical. This was to be the first of many collaborations with Canadore College. Students from both the Television and Digital Cinema program were to create a series of mini docs, five minutes in length and TVO would air them in concert with HRM season 2.

The Music of Hard Rock Medical; From North Bay with Love